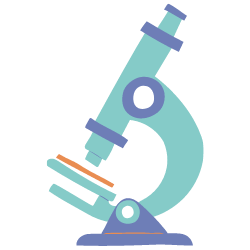 Common manifestations of Long COVID include headaches, fatigue, or cognitive dysfunction, otherwise known as “brain fog.” But many clinicians are unaware of some of the more rare signs and symptoms. This post focuses on three particularly challenging issues: parosmia (a distorted sense of smell that often causes food and drink to smell distorted), MISC-C (inflammation of various body parts in children) also known as PIMS-TS, and visual delirium (hallucinations).

Parosmia, which can be induced by COVID, is characterized by an altered sense of smell. Whereas total lack of smell (anosmia) or taste (ageusia) is a common neurological manifestation of Long COVID, occurring in approximately 22% of patients, parosmia is a much rarer phenomenon. Instead of lacking the sense of smell, parosmia often causes food or drink to smell or taste repulsive. Although not necessarily a harmful condition, parosmia can have a significant impact on psychological well-being, social functioning, eating habits, and physical health. Experts believe parosmia is caused by damaged olfactory nerves, particularly, odor receptors that are triggered by odor molecules containing either sulfur or nitrogen. Some frequent food and drink triggers include garlic, coffee, eggs, and onions. Other hypotheses include a mechanical obstruction following inflammation around the olfactory cleft or direct impact of COVID-19 on olfactory neurons. Research suggests that parosmia is most likely to affect young women who have experienced some degree of anosmia after COVID infection. Fortunately, parosmia is temporary for the vast majority of patients, with an average timespan of 4 weeks to 3 months. While no true therapy for parosmia exists, some suggest smell therapy may help, including smelling strongly scented items such as citrus, perfume, or eucalyptus, along with avoiding known triggers.

Most children, thankfully, seem to be more or less resilient to Long COVID. Nevertheless some youngsters develop a rare and serious condition known by two rather unwieldy acronyms–MIS-C (short for Multisystem Inflammatory Syndrome in Children) and PIMS-TS (short for Pediatric Multi-System Inflammatory Syndrome Temporarily related to SARS CoV-2). By whatever name you call it, the condition’s main symptoms are persistent fever and organ dysfunction. More specifically, hyperinflammation affects the heart, eyes, gastrointestinal system and the blood vessels leading to the lungs.

Although no one yet knows what causes the syndrome, there is consistent evidence of previous exposure to COVID. Perhaps, then, the second go-around with COVID causes a delayed and significantly excessive immune response to the virus. Other inflammatory diseases that manifest similar symptoms include toxic shock syndrome (TSS) and Kawasaki disease. Children with MIS-C/PIMS-TS should be hospitalized until they become stable. Fortunately, there is a very low associated pediatric mortality rate.

Long COVID can result in hallucinations, delusions, and paranoia, particularly among elderly patients. Some physicians speculate the cause stems from the lungs’ inability to oxygenate blood at normal levels, leading to chronic deprivation of oxygen in the brain. Another hypothesis suggests that delirium could be caused by direct inflammation of certain areas of the brain by the virus. Doctors currently treat milder forms of delirium with anti-anxiety and antipsychotic medications in low doses. Although visual delirium due to COVID generally resolves within a few weeks, it is still associated with a significant mortality and morbidity rate. Thus, an effort is being made to solidify the nature of the association between Long COVID and visual delirium in order to determine the most effective methods of treatment that will mitigate correlated morbidity.